If sudden changes in your partner’s behavior have left you with a sinking gut feeling that a heartbreaking tryst might be playing out when your back is turned, it might amount to something more than paranoia. Experienced private investigators don’t need a lot of prodding to candidly admit that every wayward lover has “tells” that never remain hidden forever. The steps in the pattern may vary from one pair of paramours to the next, but in a number of ways, cheaters give themselves away so obviously sometimes, one would swear they want someone to expose them.

Even the thought of a cheating spouse, girlfriend, or boyfriend can and will send relationships spiraling into explosive destruction if left to fester too long. A seed of doubt blossoms into escalating paranoia. Suspicion gives way to assumption. Internalized accusations bubble to the surface, either as passive-aggressive antagonistic behavior or full-blown confrontation. In the end, no one ever escapes jealousy’s green-eyed trail of destruction unscathed.

What To Look For If You Suspect Your Spouse Is Cheating

In the Information Age, we all reveal a little bit more of ourselves to the preternaturally observant than most of us realize. A cheating significant other will almost always go to great lengths to cover tracks and bury their evidence. They just don’t always do so by removing it from existence. Instead, many keep their clandestine conversations and other mementos of their dalliances behind revolving doors of ever-changing email, computer, social media, and cell phone passwords. Feel free to also raise an eyebrow if your partner becomes downright obsessive about constantly clearing phone or computer histories.

At the opposite end of the spectrum, some will become boldly obvious about their philandering to advertise their “availability,” eliminating social media photos that feature their partners or changing what was once a profile picture of a happy couple to a solo snapshot.

Never dismiss a significant other who displays a hangup about talking on the phone with you in the room. It might be a slate of extremely private professional conversations demanding strict conversation. Then again, it might be something only you aren’t meant to hear.

There aren’t many reasons for hiding something in an intimately committed relationship. If phone calls drive your partner away from you instantly, especially calls that always arrive around the same time and/or from concealed or unlisted numbers, it’s time to demand some answers.

A leopard doesn’t change its spots overnight. Take notice when something significant changes suddenly and without explanation about the person you love. Cheaters frequently give away their undercover lovin’ with tics they would never imagine became obvious confessions to an affair.

For instance, many unfaithful partners will fund their indiscretions with cash to keep their secret expenses untraceable. An increased interest in social occasions might instead reflect overuse of a common cover for a down-low rendezvous. Finally, there’s an old classic: the two-timing lover who masks guilt with a spontaneous flood of gifts and attention in hopes that gratitude will blind a duped and distracted spouse, boyfriend, or girlfriend to an ongoing affair.

Be especially wary if these transformations are accompanied by a suddenly improved physical appearance. Sometimes, it can just mean a newfound desire for the confidence of feeling more physically attractive or perfecting a more pulled-together professional wardrobe for work. Then again, many cheaters are inspired to tune up their outward appearances because they have designs on pursuing a new relationship.

Looking For A Fight

Sadly, infidelity can fracture a relationship as a slow process that hits its saddest and most volatile dropoffs the closest to the final destruction.

There’s a certain Mobius strip that many betrayed partners often experience right up to their relationship’s end. Sometimes, it starts with a suddenly diminished sexual desire on one side, a consequence of the unfaithful party finding greater satisfaction outside the original relationship. Occasionally, the opposite even manifests and someone’s guilt all of a sudden spikes friskiness into overdrive. In other instances, an adulterer can seemingly always find something to blame on an in-the-dark significant other to make that person feel horrible while unaware of the ongoing betrayal. Wherever it starts, one shift leads to the other and feeds the ensuing fallout.

Don’t accept victimhood quietly. Love your partner and your relationship enough to insist on being certain. Character, whether impeccable honesty or a willingness to deceive, demonstrates itself in the things we say and do when we neither know nor care who might be paying attention.

If you know with infallible certainty that you are being played, you can always forsake what “trust” still exists between you and your partner by directly infiltrating your amour’s phone to scope out tweets, texts, emails, call records, and the like to see the proof for yourself. Repeatedly checking in on these channels may eventually reveal a pattern or progression of passions that inform how you act on your intel, even false names that cloak their affair in plain sight. That way, you know exactly what to watch for in the immediate future.

As long as you plan on invading your partner’s privacy anyway, you might as well extend this to skimming computers, tablets, and credit card statements to gain a snapshot of spending, internet habits, uses of various apps, and more streams of data. Remote spy software can also keep a tidy dossier of keystrokes, communications, and websites visited that emails automatically to you. Once you have that, follow the breadcrumbs. A quick Google search will also turn up plenty of software options for instantly tracking and cracking passwords as the alleged adulterer no doubt constantly steps up security to keep you out.

Let’s suppose you don’t want to take a fire ax to your relationship if you can avoid it, though. There are certainly ways to build your case much more discreetly and still leave some shred of moral high ground unscorched.

How To Catch My Spouse Cheating On The Phone

Honing in on phone calls between the salacious little paramours actually doesn’t take that much effort, particularly if they presume sticking to a landline will less likely expose them than a wireless data trail and get careless. For starters, set up a spare phone somewhere in the house your philandering bedmate rarely visits. Once your unscrew and remove the mouthpiece, you can very carefully and silently lift the receiver off the hook to listen without their picking up a single noise from your end as soon their secret seductively whispered nothings begin. Having a smartphone of landline set with a recorder makes reconnaissance all the easier. Just set the phone’s headset right beside the microphone and press the applicable button. 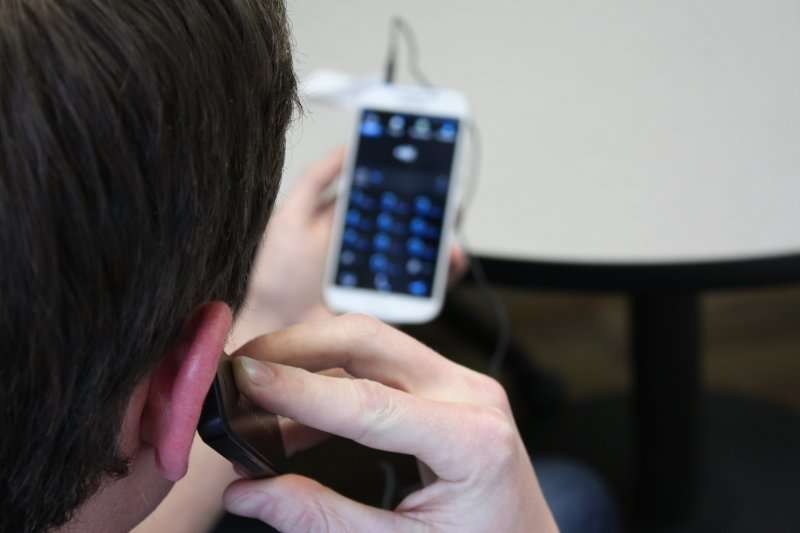 Using A Hidden Camera To Catch Them In The Act

An ordinary baby monitor just might be the simplest, least expensive, and most ingeniously discreet surveillance hardware money can buy. Just be warned, this really only works if you actually have a baby.  So, the next best thing to use is a hidden spy camera. These are small devices that look like ordinary objects, or perhaps can be hidden in an everyday household item. They look like clocks, coffee makers, and even a plain water bottle. There are literally hundreds of styles to find.Next, go to the room where you think something would most likely happen when the licentious pair thinks you remain in the dark and hide it somewhere neither will likely look. Or sometimes having one of these products are best left right in front of where the nasty could happen. A DVD player in front of the couch, a smoke detector right above the bedroom ceiling. These hidden cameras are so covert, even looking right at them even law enforcement would be hard pressed to see anything suspicious inside them. Once it’s set up, simply turn it on and just wait.  The next time they make their move, you’ll be able to get an alert to watch them live with full recordings of everything they are doing behind your back.. 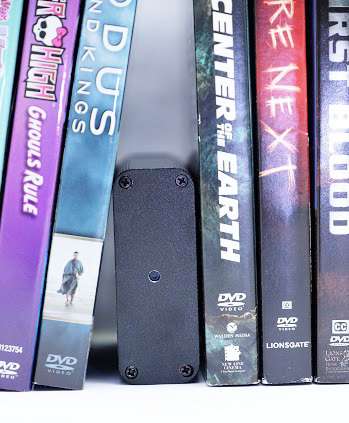 Track Your Car Using GPS To Know Where They Are Going, And Where They Have Been

Remember, there’s an excellent chance something is going down in the flesh if you already have evidence of sultry texts, chats, emails, phone calls, and the like. This may be an opportune time to secretly fit your kiss-stealin’, two-timing smoochie-pie’s vehicle with a GPS tracker. A number of manufacturers’ devices will stream real-time data directly to your computer, tablet, or smartphone and many create running travel logs for later perusal. You can easily attach a monitor magnetically in a number of unassuming places around a vehicle where neither Peter Cheater nor his sweetie on the side would linger long enough to notice it. The second that car is on the move, you’ll get an alert to watch right from your cell phone, and a complete historical record of every time they visited the shady motel every Friday after work for 3 hours. 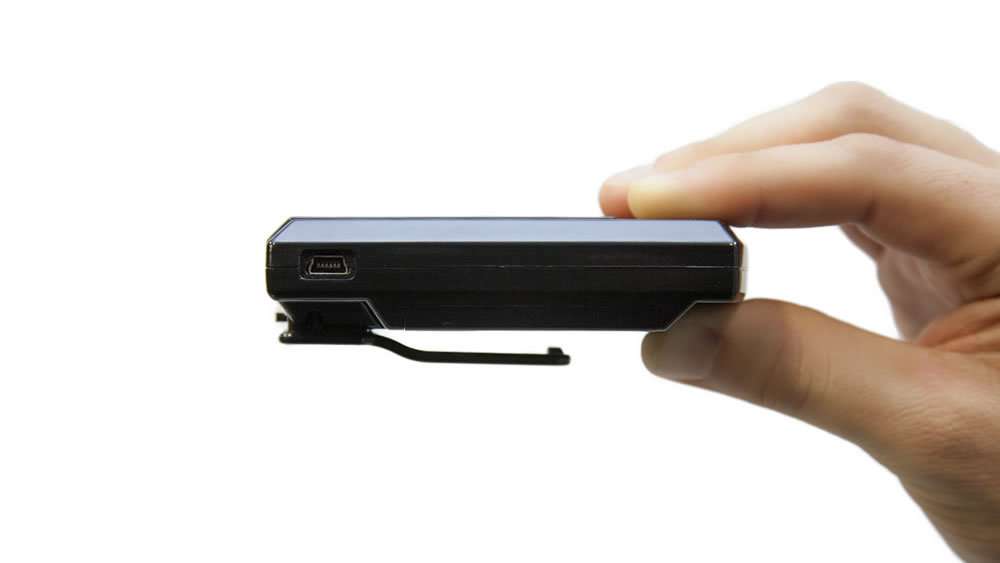 When Children Start Acting Strange, Parents Hid A Nanny Camera To Spy On The Nanny. Here's What They Found.

When Children Start Acting Strange, Parents Hid A Nanny Camera To Spy On The Nanny. Here’s What They Found.

We will be happy to hear your thoughts